Effective analysis of the underlying data in graph visualization is only possible via sound automatic layout capabilities of such systems.

Previous version of our tool has featured a new, elegant algorithm for layout of biological signaling pathways [1]. This algorithm uses a force-directed layout scheme, taking into account directional and regional constraints enforced by different molecular interaction types and subcellular locations in a cell. Same pathway is shown with a random layout and after our algorithm is applied in Figure 1. 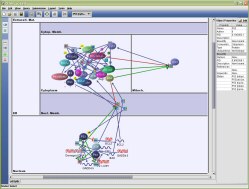 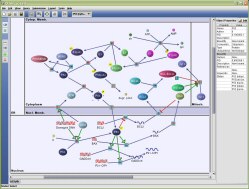 This algorithm may be easily adapted to be used in other applications with similar conventions and constraints as well.